In a recent report, the Criminal Intelligence Service estimated that between $45 billion and $113 billion is laundered through the country every year. As some analysts have noted, part of the reason for those big numbers is that Canada’s anti-money-laundering laws haven’t been that strong compared with other western nations. But that’s changing.

Last year, the Financial Transactions and Reports Analysis Centre of Canada (FINTRAC) announced new anti-money laundering and anti-terrorist financing requirements. For Money Service Businesses like Telpay, these new rules mean that we have to ensure we know who our clients are. In accordance with these requirements, Telpay has been requesting personal information of primary users and signing officers, such as their date of birth and home address.

We know there are lots of questions about this. Why are we collecting this information? What are we going to do with it? What is a beneficial owner? Let’s get to some answers.

Why we need to know our clients
The term “Know Your Client” (KYC) is nothing new for almost any financial services provider who’s been in the industry for the past 20-plus years. It refers to the process by which governments require those providers to gather identifying information about the people opening accounts with them.

These KYC regulations are designed to prevent money laundering, financing terrorism, and other monetary crimes. The basic idea is that it’s easier to pinpoint suspicious activities if it’s known who is potentially doing them.

The Canadian federal government created FINTRAC in 2000 to serve as the country’s financial intelligence unit, and since then FINTRAC has been responsible for setting KYC rules under the Proceeds of Crime (Money Laundering) and Terrorist Financing Act (PCMLTFA).

Despite these rules, Canada hasn’t had a great track record when it comes to convicting money launderers. Between 2010 and 2016, only 27% of money laundering cases resulted in a guilty verdict. In a 2016 report, the Financial Action Task Force — an international organization that develops policy to combat money laundering — called Canada’s inability to prosecute and convict money launderers “a concern”.

Others have used harsher words and pointed to Canada’s insufficient KYC rules as one reason the country has been a haven for money launderers. Another reason is that even though some KYC rules exist, there hasn’t been one central database where organizations like Telpay can easily search applicants to figure out who’s who in a business structure. Other countries have successfully implemented such databases.

In response, FINTRAC bolstered KYC rules last year to bring them in line with the regulations in other countries. You can read all of the KYC requirements in detail here, but in short, they mean that Telpay has a number of new obligations. These include collecting, verifying, and validating the identity of authorized primary users and signing officers who will be responsible for submitting payments on behalf of their company using the Telpay for Business software.

Who are beneficial owners?
Another criticism of Canada’s anti-money-laundering laws is related to the disclosure of beneficial owners. These are people who enjoy the benefits of company ownership even though the title to the company belongs to someone else.

Unlike other countries, Canada didn’t require any beneficial ownership disclosure whatsoever in the past. Some argued this was a problem because, like the lack of other KYC requirements, it made it difficult to figure out who was potentially involved in money laundering activities.

This changed last year with the enhanced KYC rules. Now Telpay has to collect the names and addresses of all owners who control 25% or more of the companies that use Telpay for Business, or who are the trustees and known beneficiaries and settlors of a trust. This includes direct owners but also indirect owners.

We know it can be difficult to determine who owns 25% or more of a company, so let’s break down a couple of scenarios. 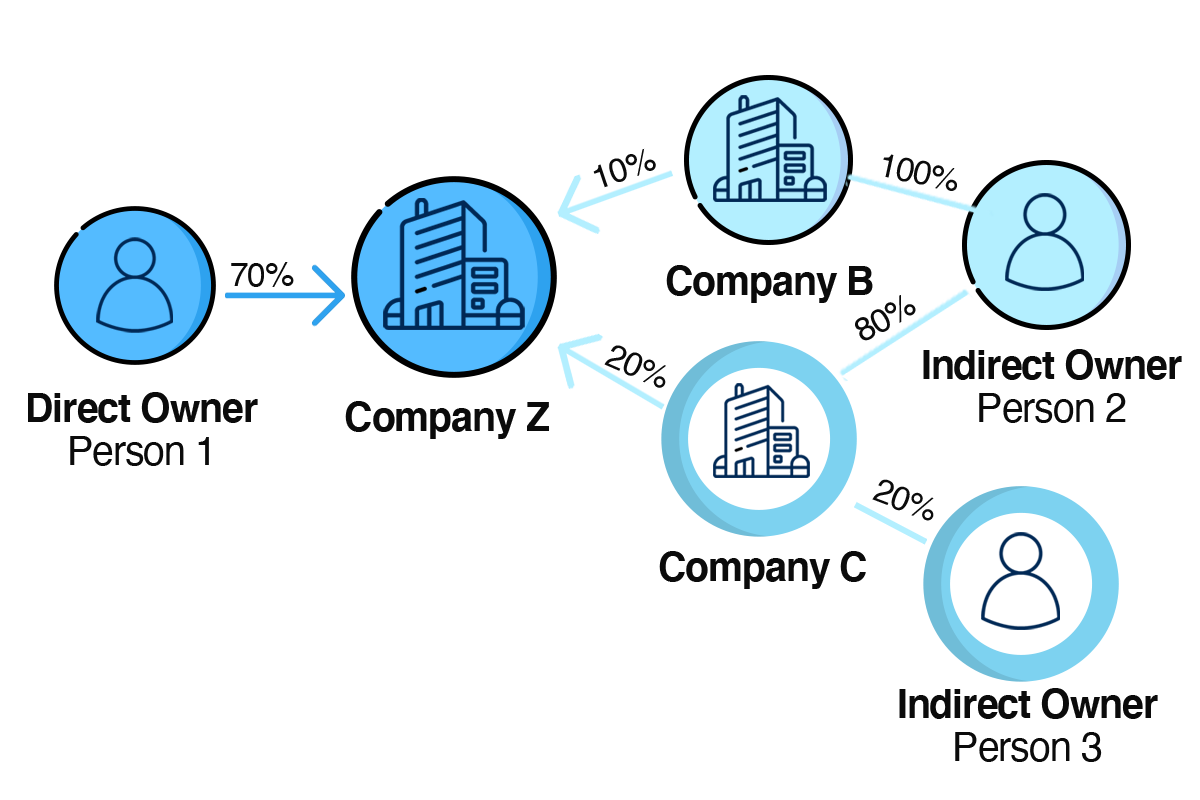 Privacy concerns
Although we’re required to collect this personal information from all of our Telpay for Business applicants, we understand why some of you may have hesitations about sharing it. Our customer information and data storage practices meet the Personal Information Protection and Electronic Documents Act (PIPEDA) regulations. You can read about our security and privacy policies here and FINTRAC’s here.

It’s also important to remember that by complying with these new disclosure rules, we’re all playing a part in improving the integrity of Canada’s financial system. Money laundering is big business in Canada. It doesn’t have to be. Let’s all try to stop it.

If you have any questions about the FINTRAC requirements, please call us at 1-800-665-0302 or email us at customercare@telpay.ca.